Last night, I heard a knock on the door and our dogs went nuts. They began barking and rushing the door like the hounds of hell. Which they do anytime anyone comes to to door. Peeked out on the porch and saw my cross-street neighbor, carrying two bags of dogfood, some dog bones and some other stuff. ‘He smiled.

“My old dog died, and I thought you might be able to use this,” he said as I opened the door into the night. Johnny is wiry and tough, a former Marine who faithfully flies the Corps flag and a MIA banner every year on the Marine Corps’ birthday. He’s about my age, a Vietnam vet and we talk on a occasion during yard work or maybe wave hello. His words hit like a slap.

The dog’s name was Hairy (Because he was. Johnny told me once. Creative naming isn’t his forte.) and he was a beautiful German shepherd, brown & black and a constant alertness you couldn’t help but respect. Johnny had owned the dog for 10 years. Every evening, I’d see him walking Hairy. Usually Johnny had him off the leash and it was beautiful to watch them together. Dog alert, keeping pace with Johnny, never tempted to chance cats or bark at other dogs. This was their time together.

We talked a few minutes about dogs we’d known and lost and how fragile their time is with us. Hairy had been troubled by arthritic hips and had begun to show signs of deterioration of the nervous system, shaking and losing balance. The night before, Johnny went out to the yard and found him still by the gate, not breathing.

“He was a good dog,” Johnny said and I agreed and told him Ginny would be heartbroken, because she truly admired Hairy.We could hear insects complaining in the night, everywhere else the street was quiet.  “Well, good night,” Johnny said and we shook hands. It’s not a good night, I thought. Maybe soon it will. But not now. Not just now.

Tagged as dogs, loss of a friend, neighbors 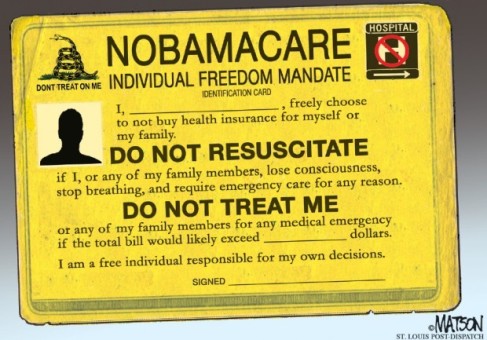 And Suddenly, My Upper Lip Is Very Cold

There’s a French movie, ‘La moustache‘ in which a man shaves off his mustache, almost on a whim, before his girlfriend and he visit friend. To his surprise – and some dark turns later in the movie – the friends and the girlfriend don’t notice the absence. And even tell him he never had one.   It then gets complicated. Those French.

Anyway. One day, a few months ago, without much deliberation other than I had gotten tired of it, I shaved off the hair that had sat atop my upper lip for more than 40  years. I first grew the thing in college – a thin, scraggly little thing which was my concession to the ’60s rebel look. Besides, I couldn’t grow a beard. When I was drafted, I had to shave it off, but could immediately grow it back to Army specifications out of basic training. And thus it stayed, growing hairier and fuller and grayer as time passed. When it got to the point I looked like Gabby Hayes’ older brother, I felt maybe it was time to clean up my act.

Ginny walked into the bathroom just as I finished. I turned and she gasped. Not much phases her but she gasped. “Um…looks nice,” she said. She kept staring at my face.

“You’re upper lip….” She paused. I looked in the mirror and there was a sickly pale patch of skin.  “I’m sure it will look OK once you get some sun.”

The sons had their own reaction. Sam, the younger, said something like, “Cool” and walked away. I could have done without the snickering. A week later, Gabriel the elder reacted more in shock. Months later, I don’t think hes quite accepted it  yet. “So,” he says, months later. “When you going to grow it back?”

I’m not sure. I’m getting used to the hairless look. Ginny no longer looks at me like a stranger is sitting across from her at breakfast, taking the last bit of coffee. Friends, after the first fit of laughter, take my clean-cut look in stride. Clerks at H-E-B grocery and other retailers ignore me just as much now as ever.  It’s a face I’m  not quite convinced is mine. But I’m getting used to it.

Oh yeah. I’m leaving the real image of Dave, Before & After, to the imagination. Those who have seen me know what I look like. And those that haven’t, just imagine I look like the French guy. Only shorter, heavier, grayer and I smile more. Other than that – spitting image.