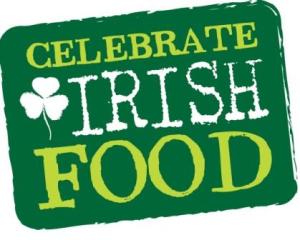 More than 20 years ago, we visited Ireland with infant son for a 2 week trip. A week in Dublin, then rent a car and drive the coast south and then west. It was enchanting, just like Ireland is supposed to be. But the food sucks. After 8 days of oatmeal, badly cooked eggs and overcooked meat, we hit Cork mad with hunger. That evening, we sat in our B&B and with one voice said, “Pizza.” The die was cast.

I ran downstairs and asked the nice lady is there was a pizza place in Cork. She looked as though I’d asked if the sun rose in the East. “Well, sure there ’tis,” she said, sounding just like the plucky Irish maid in a John Ford movie. “But you’ll have to pick it up. They do’t deliver.” She then gave me intricate directions, involving crossing the River Lee by a bridge and by what church to watch for before the left turn. I was pretty sure I could remember it. Besides, I’d driven in Houston and Chicago and L.A.. How hard could it be?

Always remember that terrible phrase. Anytime you ask yourself, ‘How hard could it be?’ be aware you’ve stepped into deep doo-doo, as a former president said. I ran to the rental car and took off just as the sun set and darkness began to cover Cork City.

Cork, is an medieval town, its streets and roadways apparently designed by inmates of The Home for the Hopelessly Confused. The streets twist and turn for no apparent reason, following some ancient cow path, I suppose. And the river itself winds through the  city like a grouchy snake, entailing many, many bridges crossing the River Lee. Following the B&B lady’s directions as best I remembered, I discovered that the twisty roads crossed one bridge, only to lead to another bridge and another twisty road. And it was dark and I had no map. And in Cork, as in all of Ireland, there are many, many churches by which you can use to mark a left turn.

It was late and growing later. I thought I might be driving in circles through this godawful city for eternity, while my wife and child slowly starved. After an hour and my my 8th or 10th bridge crossing, I came into the town center and, saints be praised, saw it, a small building with the word ‘PIZZA’ above it and a line of young people standing in line. I joined them, smelling the lovely smell of dough baking and tomato sauce. I waited my turn and bought an extra large with pepperoni, no anchovies. I jumped in the car and raced back to the inn. I was greeted like a king.

The pizza was cold, the dough tough and soggy at the same time. It was the worst pizza I’ve had in my life. And it was delicious. We had a few days more of Irish breakfasts and pub food ahead and that was all right. I had gone into the night and found pizza. I never felt more American.

Happy St. Patrick’s Day to you all.

At dawn on this day, 178 years ago, the Mexican army broke through the walls of the Alamo, killing the 180 to 200 of the Texian defenders. It was a quick & brutal end to a 13-day siege that went became a worldwide standard for sacrifice & honor.

Among them were a number of Tejanos – native-born residents of the northern Tejas province of Mexico. They were defending their homes and their families, and like their Anglo allies, knew they were going to die. But the Tejanos’ sacrifice was, for generations, forgotten.

The Forgotten Sacrifices of Tejanos in Texas’ Fight

San Antonio — A Texas Independence Day pop quiz: On which side did Gregorio Esparza and Toribio Losoya fight during the siege of the Alamo?

If you answered, ‘the Mexican army, you’re wrong. They were among seven Tejanos who died defending the Alamo on March 6,1836.

Tejanos — Hispanics who were born in what would later become Texas — were an important faction in the fight for Texas independence. Influential Tejanos Jose Antonio Navarro and Lorenzo de Zavala proudly risked death with the other signers of the Texas Declaration of Independence on March 2,1836.

Yet the sacrifices of Tejanos were forgotten — sometimes purpose fully, historians remind us — while Hollywood and myth persist in painting the Texas rebellion against Mexico as a battle solely between Anglo settlers and the Mexican government.

“Little has been done to explore the depth of Tejano involvement in the 1836 rebellion,” said historian Gerald Poyo, a research associate at the University of Texas Institute of Texan Culture at San Antonio.

“Perhaps we’re better off not celebrating Texas Independence Day until we gain a fuller appreciation of all those involved in the struggle,” Poyo said.

Poyo and Gilberto Hinojosa, a historian and vice president for academic affairs at the University of Texas at San Antonio, are writing a book on 18th-century Texas.

The roots of rebellion lie deeper the Tejano community than in the johnny-come-lately Anglo settlers, Poyo said.

There had been a pattern of resistance to the rule of central government from Mexico City since the Spanish period of the 1770s, he said. That feeling predated the dissatisfaction with the Anglos by 50 years, according to Poyo.

Many of the Tejano elite backed the abortive attempt to set up an independent Republic of the North in 1813. Later, Tejanos were ardent supporters of the successful Mexican revolt against Spain in 1821, only to grow as unhappy with Mexican rule as with Spanish rule.

There is indication that the Tejanos preferred working toward independence through legal channels, while Anglos always had annexation by the U.S. in the back of their. minds,” Poyo said. “When open; revolt was declared, the tejanos had to make a decision, and they sided with the rebellion.

” ln 1836, about 4,000 Tejanos lived north of the Nueces River, where settlement was concentrated. Anglos numbered about 35,000, most of them fairly recent arrivals from the United States, Poyo said.

While the full extent of Tejano participation is not known, Hinojosa’s research indicates that,Tejanos and established Anglo colonist participated equally in the rebellion but were far outnumbered the newly arrived Americans.

Juan N. Seguin, son of a pioneer Tejano family, formed a volunteer company of Tejano soldiers with the ringing proclamation that “Texas shall be free, independent or we shall perish with glory in battle.”

Members of Seguin’s company served as scouts for Sam Houston and fought in three battles of the Texas revolution, including the Alamo and the decisive battle at San Jacinto.

Seguin escaped death at the Alamo only because he borrowed James Bowie’s horse to seek help a few days before the old mission fell to Santa Anna’s soldiers.

In his book Anglos and Mexicans, University of New Mexico sociologist David Montejano calls the Tejanos a people of paradox.

“Jose Antonio Navarro and Juan Seguin believed it possible to be both a proud Mexican and a loyal Tejano,” Montejano wrote. Yet, “the political alliance between Mexicans and Anglos in Texas ….began unraveling soon after the rout of Santa Anna’s army at San Jacinto.”

What followed was a sad and brutal period of Texas history.

The Texas rebellion was an example of nation-building at work, and it was an Anglo nation being built,” Poyo said. “Land that had been in Tejano hands for generations was soon transferred to Anglos, often through threat or out right fraud.”

From 1836 until Texas statehood a decade later, Tejano communities in Victoria, Refugio, Goliad and other places were subjugated by Anglo settlers, Montejano wrote. In 1839, 100 Tejano families were forced to abandon their homes in Nacogdoches and flee south.

According to state land records dating from 1837 to 1842,13 “American” buyers purchased 1.4 million acres of land from 358 Mexican owners, Montejano wrote.

Even such heroes of the revolt as Juan Seguin were not exempt. As mayor of San Antonio in 1840, he grieved over the treatment of Tejanos by Anglo newcomers.

“Could I leave them defenseless, exposed to the assaults of foreigners, who, on the pretext that they were Mexicans, treated them worse than brutes?” Seguin wrote. In 1842, after numerous death threats, Seguin left his native San Antonio for exile in Mexico.

Another round of anti-Mexican sentiment and expulsions followed Texas’ entry into the United States in 1845 and the Mexican War a year later, Montejano noted.

What we hope to do is open up areas of historical inquiry that have too long been ignored,” Poyo said. “Perhaps we can get into the school textbooks a more balanced view of Tejano participation in Texas history, one that does not stigmatize Hispanics as the bad guys.”